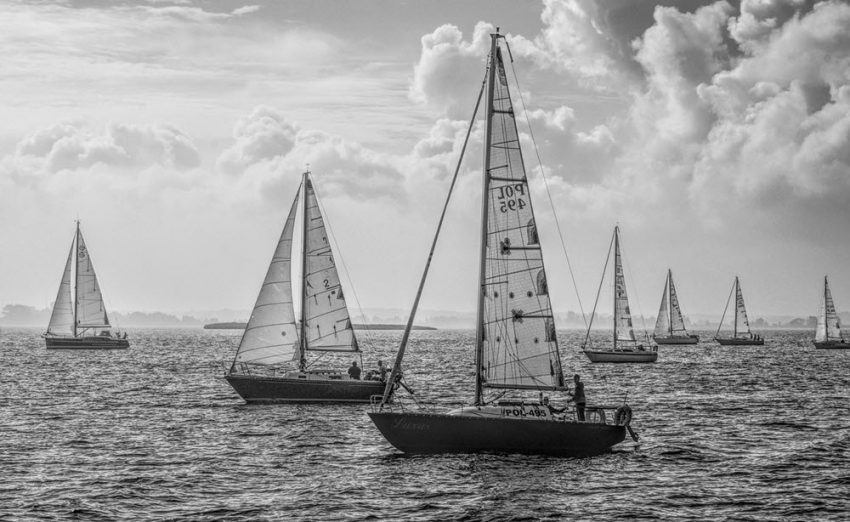 Boat shows are trade shows for the boating industry and most of the floor and/or water space on boat shows tends to be used by ship- and boat builders. The focus varies from show to show, but current boat models, new boat models, concept boats and classical boat models that are no longer in production are common features.

Boat shows are often open to the public, not just to manufacturers and dealers. Unlike many other trade shows, it is not uncommon for exhibitors to enter into business deals with end-users during boat shows.

The Düsseldorf International Boat Show (Internationale Bootsausstellung Düsseldorf), commonly referred to simply as ‘boot’, is one of the world’s largest trade fairs for the boating industry. The trade fair includes exhibits from the entire water sports industry, including sailing, motor yachting and diving.

While most boat shows are located in seaside towns, Düsseldorf Boot is far away from the ocean but close to the River Rhine. The entire exhibition is indoors.

The Düsseldorf International Boat Show is one week long and is held during the latter part of January each year. The first boat show took place in late November 1969 and featured 116 exhibitors. Today, Düsseldorf Boot attracts around 1,600 exhibitors each year. The visitor attendance record is from 1992 when over 400,000 people visited the trade fair. By 2011, the number had sunk to just above 250,000.

Düsseldorf Boot is considered a benchmark for the water sports industry and is famous for containing huge vessels weighing up to 180 grt.

The Miami International Boat Show is held in Miami in February each year. This trade fair is arranged by the National Marine Manufacturers Association and is spread out over three different venues:

The National Marine Manufacturers Association consists of over 1,700 manufacturers and its members produce over 80% of the marine products used by professional and hobby boaters in the United States. The Miami International Boat Show is one of the major boat shows in North America, and since the North American pleasure boat market represents roughly 50% of the global market this boat show is important from an international perspective as well.

Today, the five days long Miami International Boat Show feature over 2,000 exhibitors from all over the world and around 3,000 boats are normally on display in the three locations combined. This trade fair is very broad and includes everything from multimillion sailboats and powerboats to accessories, apparel and services. There are plenty of seminars, special events and activities, such as The Big Game Room Sport Fishing Expo, Kids’ Aboard boat building workshops, the Dive & Travel Harbor where you can try scuba diving, and free Discover Sailing sailboat rides.

The Genoa International Boat Show is one of the world’s foremost boat shows and takes place at Fieristico as well as in parts of the old town and the harbour. Both land and water is used for the fair, including over 200,000 square meters of pavilions and outdoor land areas and roughly 100,000 square meters of water.

Many of the world’s most highly regarded marine manufacturers attend the trade fair, including producers of sailing boats, luxury yachts and catamarans. There are normally at least 2,400 boats on display during the fair. Ship components, such as motos, electronics and other accessories are also showcased, together with water sports equipment and other products linked to the boating lifestyle. You can even find companies offering services such as financing, leasing, yacht brokerage and yacht delivery. Plenty of lectures, seminars and debates are arranged during the Genoa International Boat Show, featuring everything from industry experts to government representatives.

For many centuries, Genoa has been an important city for shipbuilders, but its first international boat show wasn’t arranged until 1962. The trade fair became an instant success, attracting over 300 000 visitors. Today, The Genoa International Boat Show is one of the top boat shows in the world.